I may slyly admit that I had been living under a rock and ignorance certainly, is not bliss. Atleast not this time. A lot of dailies had been reporting a speculative surge in the price of Palm oil and the demand spiking up. The once labelled demonized crop finds itself under a lot of debate with a plethora of organizations trying to prove the worth of this crop along with justifying the sustainability of the same.  One such article caught my attention and curiosity does kill the cat. The researcher in me stirred up and I found myself frantically reading through its history and details.

“Prices of palm oil, which is the most consumed edible oil in India, could climb in the next three months with the biggest global producers Indonesia and Malaysia likely increasing bio-diesel content in automotive fuels, constraining supplies of the commodity to the food industry. ”

Palm oil which is the most consumed edible oil is probably the most controversial as well and has always found itself engulfed in a debatable scenario. If the demand for palm oil is spiking and the prices are surging, why does this crop have to face the wrath & burden of a demonized status. This article will take you through the basics of palm oil and leave you with information to be used at your disposal and will prompt you to judge but with prudence. 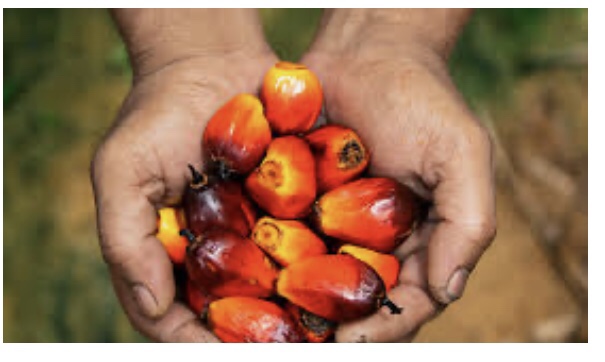 What is Palm Oil ?

It’s an edible vegetable oil that comes from the fruit of oil palm trees, whose scientific name is Elaeis guineensis. Two types of oil can be produced; crude palm oil comes from squeezing the fleshy fruit, and palm kernel oil which comes from crushing the kernel, or the stone in the middle of the fruit. Oil palm trees are native to Africa but were brought to South-East Asia just over 100 years ago as an ornamental tree crop. Now, Indonesia and Malaysia make up over 85% of global supply but there are 42 other countries that also produce palm oil.

Palm oil is an extremely versatile oil that has many different properties and functions which makes it so useful and so widely used. It is semi-solid at room temperature so can keep spreads spreadable; it is resistant to oxidation and so can give products a longer shelf-life; it’s stable at high temperatures and so helps to give fried products a crispy and crunchy texture; it’s also odourless and colourless so doesn’t alter the look or smell of food products.

The most Versatile one out there

The fruit of the oil palm tree (Elaeis guineensis), which grows in tropical climates, contains the world’s most versatile vegetable oil. It can handle frying without spoiling, and blends well with other oils. Its combination of different types of fats and its consistency after refining make it a popular ingredient in packaged baked goods. Its low production costs make it cheaper than frying oils such as cottonseed or sunflower. It provides the foaming agent in virtually every shampoo, liquid soap or detergent. Cosmetics manufacturers prefer it to animal tallow for its ease of application and low price. It is increasingly used as a cheap raw material for biofuels, especially in the European Union. It functions as a natural preservative in processed foods, and actually does raise the melting point of ice-cream. Palm oil can be used as an adhesive that binds together the particles in fibreboard. Oil palm trunks and fronds can be made into everything from plywood to the composite body of Malaysia’s national automobile.

Palm oil is semi-solid in its naturally-occurring form at room temperature, eliminating the need for partial hydrogenation (which is what causes trans-fatty acids to form), making it naturally trans-fat-free.

Besides being trans-fat free and meeting specific nutritional needs, palm oil has a whole lot of other health benefits. For one, it is a rich source of beta-carotene. Palm oil also contains tocopherols and tocotrienols, which are constituents of the antioxidant Vitamin E. These natural antioxidants act as scavengers of damaging oxygen free radicals. Recent advancements show their biological properties in protecting against cancer, cardiovascular diseases, neurodegeneration, oxidative stress and immune regulation.

What really works in the favor of palm oil is its efficiency in terms of less land, less pesticides and less fertilizer.

Food security exists when all people, at all times, have physical and economic access to sufficient, safe and nutritious food to meet their dietary needs and food preferences for an active and healthy life.

Palm oil is a lifeline for the developing world with a lot of countries already consuming palm oil. With a speculative increase in population, and the resultant land pressure, the ability of oil palm to produce more food, using less land, will become even more vital.

The United Nations FAO predicts that the earth will house 9 billion people by 2050. To meet their needs, it is estimated that 150 million additional tons of oils and fats will be required each year. Producing 150 million tonnes of oil is a major challenge. It will need a lot of land. Which crop would be best used?

Oil palm is so far ahead in terms of productivity.

Producers who live up to the RSPO will be able to produce more with less, so to say, as the best agricultural practices will eventually trickle, down resulting in higher yields and lowering the greenhouse gas emissions footprint.

If you liked what you read please feel to share it

Hi Guys, Welcome to the world of VoguishslyChic !! My name is Jovita, and I am here to nurture my passion for Fashion. I have always wanted the fashionista in me to unleash its true potential. So this is a reflection of my Style !!! Fashion is an armour to survive the reality of life ;) So join me as I embark a new journey to glam up our everyday lives. View all posts by voguishlychic